by Stanislav Stratiev
Translated from Russian by Risa Shargel

Translator’s Note: Under communist rule, the government strongly discouraged celebration of religious holidays. In a pragmatic nod to the difficulty of stopping Christmas celebrations altogether, the government used a carrot-and-stick approach to associate the celebrations with the New Year’s holiday instead. Much as the church had earlier absorbed pagan traditions such as survakane into Christmas, so now the communists absorbed Santa Claus into New Year’s.

The carriage moved along through the streets and the lanterns on its two sides shone brightly. The snow fell softly, everything around silently turned white.
It was the New Year.

We went out on the main streets. There music thundered, fireworks burned in the air, the people grabbed New Year’s toys, the survachki1 vendors cried out full-throated, “Come! Come to the survachki! Big discounts!”

We moved along noiselessly, the lanterns winked at the girls as we passed by, and on the driving box Bai2 Chavdar stuck out his chest, though his hands trembled with emotion. All around the people called out, “A carriage! A carriage! Look, a carriage is coming!”

They ran laughing in the carriage’s tracks and Bai Chavdar put on a threatening look, menacingly brandished his whip at them, and scowled. Everywhere we were met by the yells of people happy to see us. One person wanted to climb up into the carriage, but Bai Chavdar yelled, “Engagé, we beg you! Engagé!”

“What is this “engage?” yelled one man with a bowler hat. “I’m giving you ten levs3 for ten meters”

“What are ten levs?” roared Bai Chavdar. “You don’t know me.”

And he spurred the horse on, hitting him between the eyes with the whip, and trotted on past.

This was one fully blind old horse, but as compensation for this he had a very well developed musical ear and exceptional reflexes. He had a particular understanding of rhythm and trotted in such a way that I had the sense I was riding a turtle that limped on one leg.

The children joyfully ran along the streets with their just bought survachki and hollered as loud as their voices would go. They didn’t look at the carriage at all. The snow fell and the exhilarated strange horse cheerfully trotted on. From time to time he made marvelous steps conceivable only to him. With difficulty I was able to make out the first two figures of the Viennese waltz.

The lights on the New Year’s trees blazed festively, children’s pistols crackled. Holding his beard in his hand, Santa Claus ran at full speed, while several citizens chased him and yelled, “Stop thief!”

At the corner, some informed big shot related that they were chasing a thief who had dressed up like Santa Claus and filled his sack with whatever he needed while people bought things in the shops.

A well-dressed man with a pleasant face slapped his forehead and with professional envy said, “Ah, what a great idea!” After which he quickly squeezed out of the crowd and jumped on the tram.

The carriage moved along through these lively people. They met us with laughter, with calls of surprise.

One said that they surely are filming a movie with a carriage from those years. Another asserted that this is real, that he knows me, that I was in the Satirical Theater and had dated his second cousin from Lukovit. The grandmothers visibly came alive at the appearance of the carriage and straightened their shawls. A newspaper the following day praised the City Council for arranging a carriage on New Year’s Eve, noting that this carriage drove around and lifted the mood of the citizens.

As it trotted, the horse bore down on two lovers, who were shyly looking at each other in the eyes and gathering their courage to kiss. Bai Chavdar yelled out and the girl sprang back, clasping the astonished boy who looked at the carriage in disbelief.

We entered the market and stopped in front of three huge casks. Behind the casks, arranged in a little line, men with demijohns stood patiently and waited their turn. When his demijohn was filled, that man moved to the back of the line and lifted it. In the time it took to drink it up, his turn came up again and again he filled the demijohn. These men had truly staggering accuracy—they had everything worked out so that just as someone finished drinking his wine, his turn came to draw again.

“Come over to the Sungarle4 wine!” called one sturdy fellow. “Here, folks, here is the real thing.”

Bai Chavdar flicked the whip at the horse, which made one, two of his distinctive, feints, rose up playfully on his hind legs, and all of a sudden took off. I was thrown from the carriage and fell right in the hands of the sturdy fellow by the casks.

“Who are you?” he bellowed. “What are you doing throwing yourself in my arms?”

“From what kind of blasted carriage?” he fumed. “Where have you seen a carriage now? Or have you fallen from Mars?”

“I don’t have time to bother with people falling from Mars,” scolded the sturdy fellow. “The people are waiting!”

And again he took up the barrel hose. I ran off and hadn’t gone even 30 meters, when I saw the carriage in the middle of the market. The horse, together with the carriage and the forlorn Bai Chavdar, danced a waltz under the sounds blaring from the speakers. He made incredible figures; the carriage was standing on one wheel. Bai Chavdar loudly and expertly swore at the horse.

The horse danced a waltz, squatted, and drew out the figures. By some miracle, the carriage with the barely propped up Bai Chavdar did not topple over, and the people looked, clapped, and tossed in apples and walnuts.

“The ladies request the pleasure of our company!” I called out and threw myself in the carriage. “A competition for the best dancing carriage.”

The waltz stopped and Bai Chavdar spurred the horse along. The horse trotted, a bit excited, and from time to time did the splits in the air.

The New Year’s drew near. We traveled in the holiday evening, the people wondering at the carriage and the old horse. We bought survachki and tapped the old white horse on the back, and he paid us back by dancing the tango.

The people looked at us and thought they were dreaming—from where did this carriage and this dancing horse jump out, from fairytales? Or maybe we are already drunk, we’re feeling no pain and we have visions.

We emerged from the large and noisy city avenues and went towards the little white streets of the outskirts.

“Where did you get this horse?” Bai Chavdar started to doubt whether even he wasn’t dreaming.

It had already been a long time since Bai Chavdar was a carriage driver. He didn’t have a horse, but without knowing why from time to time he polished and hauled out the carriage, lighting the lanterns, testing to see if they burned evenly, and changing the gas inside. His wife said that people were already riding in rockets while he was lighting lanterns and wasting gas. And so he decided to split up the carriage for kindling.

On the eve before New Year’s I found a horse and coaxed Bai Chavdar to take a drive for the last time in the carriage, the last carriage on our street.

“Where did you get him?” Bai Chavdar asked again.

“From a friend” I explained to him. “He performed for many years in the circus, but he was blinded by the spotlights and they sold him to my friend.”

“Fabulous horse!” said Bai Chavdar. “I would give my life for such a horse!”

The carriage made its way in the quiet of our neighborhood. The snow slowly fell, the ground was white and the sky was white, the whole world was white and hushed.

“Bai Chavdar!” I said with emotion. “Don’t you know this horse? This is Orion, the white horse Orion! Don’t you remember him?”

“This is Orion?” he asked with a trembling voice.

Bai Chavdar kept still. Maybe he was remembering the white beauty Orion, for whom every carriage driver was mad. They were all ready to give their dearest to have him be the one to pull their carriage. Orion was the dream of these people, of all of them, of their generation, the golden bird5 of dreams.

Yes, this was the illustrious white horse Orion, who danced in the circus and who was at one time young, when Bai Chavdar too was young and we ourselves were children.

“I remember them,” said Bai Chavdar quietly. “I remember everything.”

We set out slowly, the snow falling continually and burying us under, burying under the trees and the houses, the whole world.

All of this happened fifteen years later.

But now we, the children of our street, stood in front of Bai Chavdar’s carriage, eyeing ourselves in its shiny splashboards, admiring its burning lanterns, and touching the springs with our fingers. Bai Chavdar was in the house, saying something to his wife and five minutes later he would leave.

“This is the real thing!” said Gorko. “This carriage knocks me out.”

“Of course, it will knock you out!” we laughed.

On our street there was no nicer carriage than that of Bai Chavdar, even though there were eight carriage drivers, all of them bursting with anger when this carriage passed by them, and they turned their heads in order to not look at it.

And we were so proud of it and we decided to be carriage drivers when we grew up and to drive just such a carriage.

It was the beginning of spring, the first lilacs were blooming, and their aroma carried along the entire street.

1 The pre-Christian pagan tradition of survakane is a ritual to ensure good health and prosperity for the coming year. Children make (or in this story purchase) a survachka, thin cornel tree branches decorated with wool, dried fruit, dried peppers, and popcorn. The children then lightly tap older relatives and neighbors on the back (to chase away evil spirits) while reciting an ancient verse with wishes for the New Year. In return they receive coins and treats.

2 Bai is an old word used as a sign of respect, but at the same time is informal, something like putting “Elder Brother” or “Uncle” in front of someone’s first name though he is not a relative. It’s a warm and friendly way to address someone, familiar and at the same time showing honor.

3 The lev is the Bulgarian currency. 100 stotinki equal one lev.

4 Sungarle is a well-known winemaking region in Bulgaria.

5 Reference to the Brothers Grimm fairytale “The Golden Bird”

END_OF_DOCUMENT_TOKEN_TO_BE_REPLACED 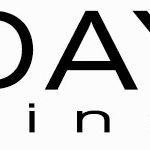